Brand
Medicom Toy
Be the first to review this product
$300.00
Color
Blue
Description

In collaboration with the Pollock-Krasner House/Stony Brook Foundation, Medicom Toy’s Bearbrick Jackson Pollock Studio releases this exclusive Jackson Pollock Bearbrick Splash set of 2 including Bearbrick figurines in size versions 400% and 100%. featuring the iconic artistic “drip” style of one of the most influential 20th century American Artist of the New York School. Jackson Pollock enrolled at the Art Students League in New York after he moved in 1930 with his brother Charles, and studied under Thomas Benton. Pollock’s quest towards abstraction stood as a strong rebellious artistic contrast to his mentor, Benton’s figurative art. During the early 1940’s Pollock began to produce his iconic action paintings, this time in his career is known as Pollock’s “Drip period“. Pollock’s Action Painting was motivated by a 1939 Picasso exhibition at the Museum of Modern Art in New York, where he observed that other artists like Willem de Kooning developed their own signature independent styles like Picasso did with Cubism. Although after his death Pollock did not have artists emulate his action paintings, his quest towards artistic experimentation made him one of the most influential artists of the 20th century. More details onJackson Pollock Bearbrick - Splash - Set of 2 - 100% and 400%: 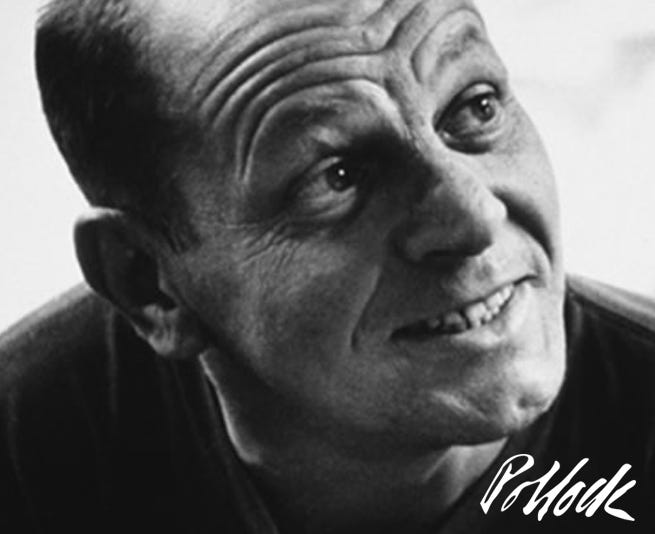 Pollock
The artistic experimentation of Jackson Pollock’s paintings reflects the strong influence from the Surrealist psychic automatism present in the works of artists like Joan Miró and Salvador Dalí. Pollock’s Action Painting also raised from a 1939 Picasso exhibition at the Museum of Modern Art in New York. While some heavily criticized his works, other renowned critics like Clement Greenberg and Harold Rosenberg praised Pollock. As an example, Rosenberg stated: “many of the painters were ‘Marxists’; they had been trying to paint Society. Others had been trying to paint art – it amounts to the same thing. The big moment came when it was decided to paint…just to PAINT. The gesture on the canvas was a gesture of liberation, from Value – political, aesthetic, moral.
Shop All