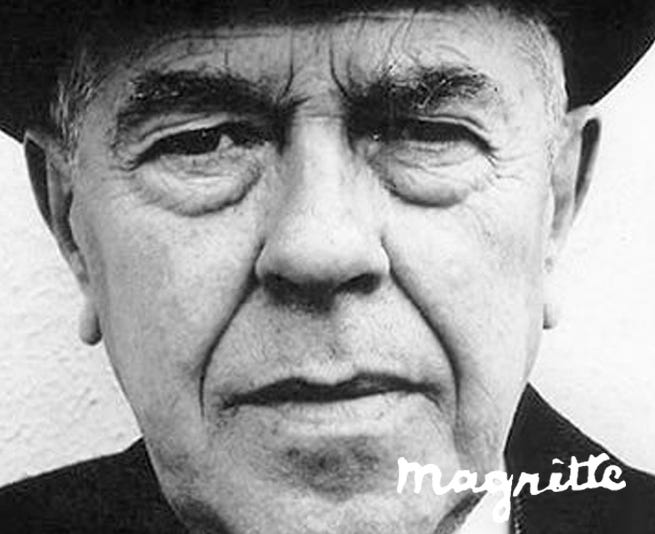 René Magritte was one of the most famous surrealist painters of all time. His ability to challenge perception inspired many artists to come, such as Andy Warhol, Jan Verdoodt and Jasper Johns. Furthermore, his idiosyncratic vision of Surrealism has won over the hearts and minds of millions. He worked across various media including painting, printmaking, sculpting, photography, and film. His depiction of normal, everyday objects rearranged in an unusual way allowed his viewers to take a deeper look at what was in front of them and realize what the image truly represented. One of his most well-known pieces, The Treachery of Images exemplifies his ability to give new meanings to objects. It is an image of a pipe, and beneath it, a message that reads, “Ceci n’est pas une pipe” (“This is not a pipe”). This ability to make the mundane strange and the known unknown has solidified Magritte’s talents in the art world. Eventually, it has profoundly affected the Conceptualist and Pop Art movements, to this very day.

WHO WAS RENE MAGRITTE?

Easily the most celebrated and loved Belgian artist of the twentieth century, Magritte’s idiosyncratic vision of the Surrealist movement has won over the hearts and minds of millions and continued to bewilder and interest millions more as the years go on. René Magritte message to us was simple: to evoke unsettling and paradoxical thoughts in mundane and simple images. He was fascinated by the interactions between written text and visual signs and, indeed, the two can often be found together in his works. His genius is known worldwide, and his voice and contribution to the Surrealist movement will have lasting, profound effects.

René François Ghislain Magritte was born on November 21, 1898, in the town of Lessines, in the province of Hainaut, Belgium. He was the oldest son of Leopold Magritte, a tailor and textile merchant. Little, otherwise, is known about Magritte’s early life. In 1910, he was reported to have begun drawing lessons.

In 1912, a tragedy struck, and Magritte’s mother committed suicide when Magritte was 14, and according to reports, his mother’s face was obscured by her clothing. While possibly apocryphal, it would serve as to explain some of Magritte’s works which heavily utilize the theme of covered faces.

René Magritte early paintings, from the year 1915 onwards, were Impressionist-inspired and Magritte studied at the Académie Royale des Beaux-Arts in Brussels, under Constant Montald from 1916 to 1918, but he did not take to the instruction, feeling uninspired in the system.

In 1921, Magritte performed his country’s mandatory military service and came back to civilian life in 1922, where he met his future wife and childhood love, Georgette Berger. He worked odd jobs at this time, eventually becoming a freelance designer, and then, in 1926, he signed a contract with the Galerie le Centaure in Brussels and was finally able to make a living with his art.

From 1927 to 1930, René Magritte lived in Paris and met with the local Surrealist artists in France, including Salvador Dali. At this stage, he began his most recognizable works that so many have seen and recognize to this very day.

Of all his striking masterpieces, the most easily recognizable must be The Son of Man (1946). Magritte initially started it as a self-portrait, but it clearly grew into something considerably more significant. The apple obscuring that which we most want to see, i.e., the man’s face, is an interesting and poignant comment on the idea that there are always hidden depths inside of ourselves, no matter what face we put forward to the world.

Magritte’s own words about the painting give us more insight into the man’s work:

René Magritte other most famous work, The Treachery of Images (1928), shows the simple image of a drawn pipe with the words "Ceci n'est pas une pipe." (French for "This is not a pipe.") underneath. The simple, roguish statement is given to create the knowledge in the viewer’s mind that, indeed, the dislocation between sign and signifier is a significant one that tends to break down in casual discourse. Once more, Magritte lends his own words to his famous work:

“The famous pipe. How people reproached me for it! And yet, could you stuff my pipe? No, it's just a representation, is it not? So if I had written on my picture 'This is a pipe', I'd have been lying!”

These paintings both symbolize utterly Magritte’s artistic aims and goes a long way into describing his work, as well as his love of confusing imagery and reassessing the mundane and ordinary.

Magritte died of pancreatic cancer on August 15, 1967, at the age of 68, and he is interred at Schaerbeek Cemetary in Brussels. His work will live on without him for decades to come, and we will always remember his images of men in bowler hats.

As a significant contributor to the Surrealist movement, as well as a highly influential figure in his own right, Magritte has had a lasting effect on us all, and especially us at Musart. His vision and intellect stun as well as create interest and delightful confusion, and invokes within us all the qualities great art should – a sense of awe and wonderment. René Magritte had a lasting effect on the Pop and Conceptualism movements, and his work was often seen as the instigator for the art trends that came after him that placed an emphasis on concept over execution. We are more than honored to showcase Magritte’s work at Musart, and we hope you are just as surprised and confused by him.