Be the first to review this product
75 €
Color
White
Description

Frank Lloyd Wright was the leader of the Prairie School movement and his creative period spanned more than seventy years. Already well known during his life, he was recognized as “the greatest American architect of all time” by the American Institute of Architects in 1991, and he remains an influential figure to this day. The ever-inventive Frank Lloyd Wright attempted to keep his commitment to an “architecture of democracy,” by finding ways to incorporate the structure fully into its site in order to ensure a fluid, dynamic exchange between the interior of the structure and the natural environment outside. The implied message of Wright’s new architecture was space, not mass. In the late 1930s, he acted on a cherished dream to provide good architectural designs for the less prosperous people by adapting the ideas of his prairie houses to plans for smaller, less expensive dwellings with neither attics nor basements. These residences, known as Usonian houses became templates for suburban housing developments in the post-World War II housing boom. More details on Frank Lloyd Wright - Statue - Sprite with Cubes: 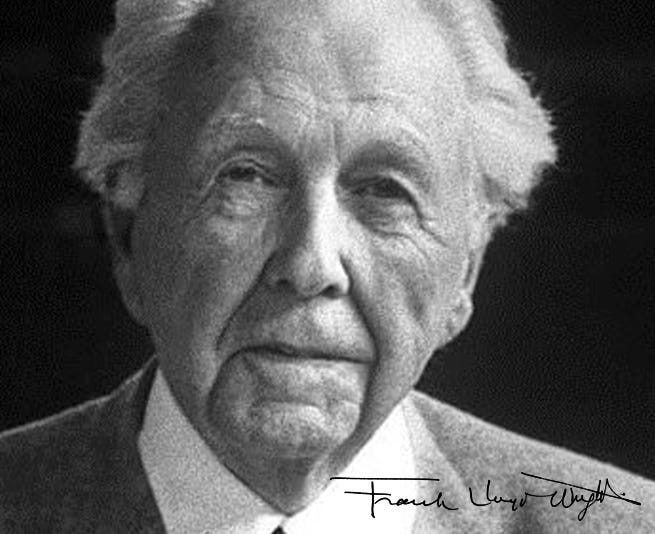