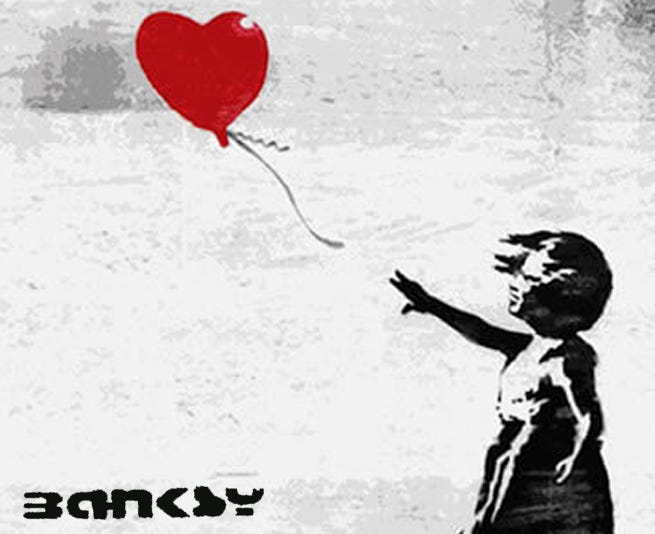 While to this day the person known as Banksy is yet to be identified, we can still understand and chart much of the person’s history and repertoire. Banksy began their artwork in 1990 as a freehand graffiti artist, under the umbrella Crew of the Bristol DryBreadZ. Inspired by a plethora of local street artists and interested in breaking into the underground scene, Banksy was heavily influenced by local talents such as the artists Nick Walker, Inkie, and 3D. Around this time and while tagging many areas around Bristol, Banksy met the photographer Steve Lazarides who would become Banksy’s agent. Lazarides would take this opportunity to sell Banksy’s art through his various channels. Utilizing these stencils for their artwork, Banksy has made numerous pieces that are scattered around the UK, all of which usually contain an anti-war, anti-establishment, or anti-capitalist message. Their work endures to this day, and Banksy continually presents their art around the world not only in street art form but also with galleries and exhibitions.