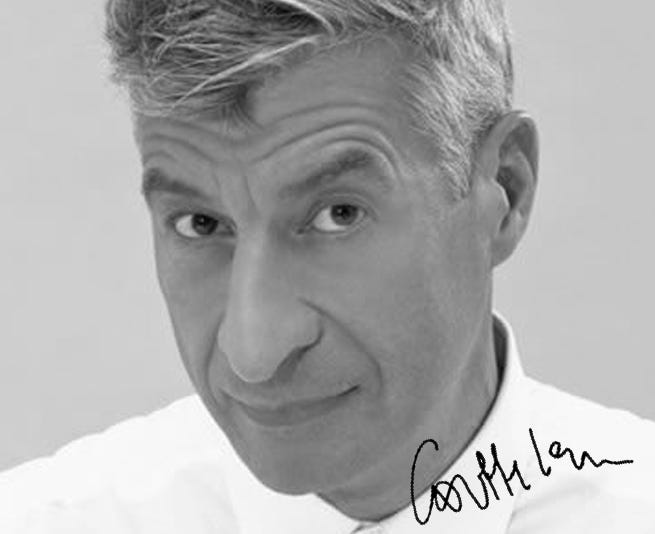 Maurizio Cattelan is an Italian artist who, although ostensibly ‘retired’, has most recently contributed a piece to the Guggenheim museum. His playful, roguish nature dovetails perfectly in this contemporary art scene. He is famous for not only poking fun at institutions and expectations but also providing an interesting commentary on society. He started his designer career in 1980 when he was 20. At that time, he created wooden furniture in Forli, Italy, where he came to meet and develop relationships with designers. With his connections and drive to create more than just furniture, he made a catalog of his work which he sent to galleries around Italy. La Nona Ora, one of his famous pieces, shows Pope John Paul II being crushed by a meteor. The piece illustrates both a humorous irreverence for the Catholic Church, but also a meditation on religion as a whole. Cattelan’s idiosyncratic, eccentric style witnesses strong interest worldwide due to its blend of commentary, insight and playful humor. Discover the Toilet Paper Art selection by Cattelan Musart Boutique has to offer. The more art veers away from the norm, the more we all tend to appreciate it!

WHO IS MAURIZIO CATTELAN?

Maurizio Cattelan is an Italian artist who, although ostensibly ‘retired’, has most recently contributed a piece to the Guggenheim museum. His playful, roguish nature dovetails perfectly in this contemporary art scene, and he has made a name for himself by not only impishly poking fun at institutions and expectations but also providing a coherent and compelling commentary on society at the same time. He is loved worldwide for his ability to enthrall, despite his sarcastic and critical nature, and has found acceptance and admiration in the contemporary art community.

Maurizio Cattelan was born in Padua, Italy on September 21, 1960, and had an average, everyday upbringing. He was given no formal training and has often been labeled as a court jester of the art world, which speaks to his taste for the absurd and also of his knack of irreverently commenting on the contemporary art scene and societal norms and hierarchies in general, which, of course, were traditional topics for the court fool to riff on.

When he was 20 years old, in 1980, he started his career making wooden furniture in Forli, Italy, where he came to meet and develop relationships with designers, with Ettore Sottsass being a prominent example. With his connections and drive to create more than just furniture, he made a catalogue of his work which he sent to galleries around Italy. By doing this, he opened up doors into the contemporary art scene, and created notable early works, such as the sculpture of an ostrich with its head buried in the ground, taped a Milanese gallerist to the wall, and wore a costume of a figurine with a giant Picasso head attached.  Clearly, even from his humble beginnings, we can see the humor and irreverence blowing in his style.

With Cattelan’s sense of humor and signature style coming to the forefront, he began to produce his recognizable taxidermy works, which dominated his production in the mid-1990’. These works were said to connect humans and animals with the projection of human emotions and failings onto the animals themselves, providing a scathing and penetrating commentary for most of the pieces. One such piece, Bidibidobidiboo, features a miniature depiction of a taxidermied squirrel with a gun at its feet, which slumps over its kitchen table. Another example is a piece called Novecento, which portrays a former race horse (also taxidermied), which is hung, slumped over and suspended in mid-air.

These impressive images speak to the failure of humanity itself, in the ways we address (or, rather, don’t address) malignant social ills – depression, for instance with Novecento, and suicide, in the case of Bidibidobidiboo. There is a theme of human failure with these pieces, and their filtering down through the usage of animal imagery is powerful indeed.

Not only animals, however, are the recipients of Cattelan’s wit and charm.  Identically, he utilizes elaborate wax figures to showcase and highlight other absurdities in order to poke fun and provide commentary. One such piece, La Nona Ora, shows Pope John Paul II being crushed by a meteor that has fallen from the sky, illustrating both a humorous irreverence for the Catholic Church, but also a meditation on religion as a whole – if God existed, would he allow the Pope to be hit by an errant meteor?

Another of Cattelan’s brilliant works is his piece called HIM, which was released in 2001. This sculpture, resembling a schoolboy kneeling in prayer, is often erected at the end of a long hallway, or at the opposite end of a white room, turned away from the viewer, so that the audience cannot recognize that the face of the boy is, in fact, Adolf Hitler. It is provocative piece such as this, or his Frankie and Jamie, which was released in 2002, which enrages some and endears others to Cattelan’s unique style.  In this piece, Cattelan takes two realistic, wax sculptures of New York City police officers and stands them upside down as a commemorative piece for the September 11th attacks.

Cattelan’s entire career has been created by defying expectations and satirically jabbing not only the contemporary art world but society in general. Between 2005 and 2010, his work mostly centered on publishing and curating, and for example founding “The Wrong Gallery,” which greeted attendees with a blunt notice, saying, “Fuck Off We’re Closed,” and never actually opened.

Maurizio Cattelan also dabbles in magazines and his manipulation of photos served him well when he created his magazine compilations, Permanent Food and Charley, two contemporary art magazines that differ in sophistication. While they both deal with contemporary art, Charley was the one backed by a wide list of credible curators.

It is easy to see why Maurizio Cattelan remains an interesting and provocative figure in the art world, to this day.

We love defying conventions and people who play on genre expectations here at Musart, and Cattelan’s idiosyncratic, eccentric style has won our hearts over due to its blend of commentary, insight, and playful humor. It takes a great artist to instill deep emotions in the recipient of their art, but it takes someone entirely different and equally powerful to make us laugh and consider the playful fun behind any serious activity or thought. We choose to feature Maurizio Cattelan because we choose the belief that not all art needs to be the same and, indeed, the more art veers away from the norm is the more we all tend to appreciate it.