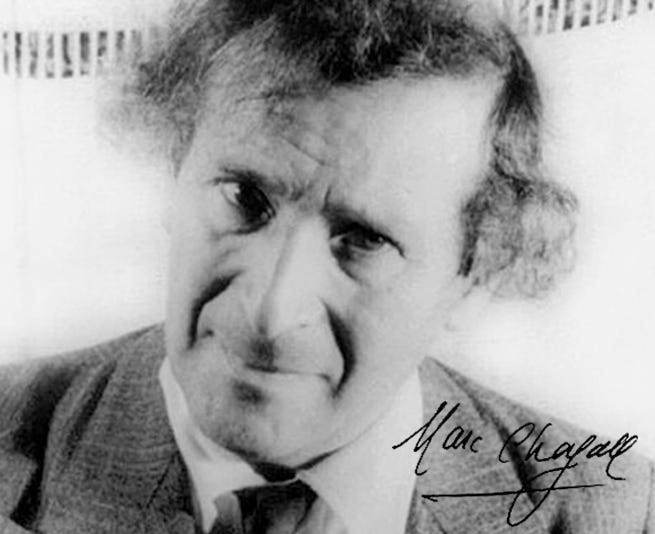 Marc Chagall was a Russian-French artist of Belarusian Jewish origin, and was associated with various major artistic styles while creating works in multiple artistic media. The art critic Robert Hughes referred to Chagall as "the quintessential Jewish artist of the twentieth century." According to the art historian Michael Lewis, Chagall is regarded as the last survivor of the first generation of European Modernists, for being exposed to Paris' Golden Age of modern art. Chagall synthesized in his works Picasso's iconic cubism, with fauvism (which later influenced the development of surrealism) and symbolism. The quintessential cubist artist Pablo Picasso is known for stating during the 1950's that "When Matisse dies, Chagall will be the only painter left who understands what color really is." Although exposed to different artistic styles, Chagall remained true to his native Eastern European Jewish folk culture and his works often reflect sceneries alluding to his hometown village, Vitebsk. Chagall lived back and forth in France and in the United States, where his artwork was becoming more widely recognized. He traveled throughout Europe and chose to live in the Côte d'Azur which by that time had become somewhat of an "artistic center". One of his greatest achievements was in 1963, when he was commissioned to paint the new ceiling for the Opera in Paris.
We can't find products matching the selection.
Configured Product Specifications
Filter