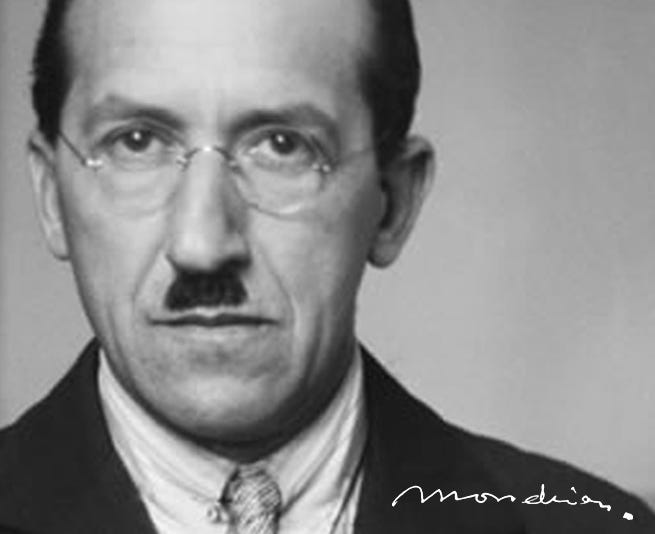 Mondrian was a Dutch painter, widely regarded as the founder of Modern art. The Bauhaus immediately referenced his work when discussing his lines, simplified colors and aesthetical appeal. His work inspired the Minimalist movement as well as far-reached impacts across all kinds of modern and post-modern culture. Mondrian greatly contributed to the De Stijl art movement. He created a non-representational form recognized by its white ground, topped with a grid of vertical and horizontal black lines and the three primary colors. One of his most famous compositions in this style is Composition II in Red, Blue, and Yellow. Mondrian believed that the composition of the most fundamental aspects of line and color was the total realization of true beauty. Painter’s work continues to have an immense impact on the development of modern art. Eventually, he influenced Art movements including the Bauhaus and Minimalism. He influenced the fashion designs of Yves Saint Laurent. He also inspired the design for the cover of The White Stripes 2000 album, De Stijl.

WHO WAS PIET MONDRIAN?

Through his work with abstractions and his refinement of his utopian ideals of life, Mondrian’s impact on the progression of modern art, primarily, through his output of De Stijl work will never be overstated.  His work was immediately referenced by the Bauhaus when discussing his lines and simplified colours and aesthetical appeal.  Piet Mondrian work has gone on to inspire the Minimalist movement as well as far-reaching impacts across all kinds of modern and post-modern culture.  Mondrian was a true visionary genius, and his works will stand the test of time for generations to come.

Pieter Cornelis "Piet" Mondriaan was born on March 7, 1872, in Amersfoort in the Netherlands and was the second child of his parents. From an early age, Mondrian was introduced to art, since his father was a qualified drawing teacher and also the Head Teacher at a local primary school. Mondrian, and his uncle Fritz, would often travel together to the nearby river to draw and paint the days away.In 1892, he entered the Academy for Fine Art in Amsterdam and realized that he was already qualified as a teacher. Piet Mondrian began teaching primary education soon after, and practiced his painting on the side. Most of his work at the time was of a naturalistic or Impressionistic nature, consisting mostly of landscapes and other pastoral images of his native Netherlands.His paintings from this period were highly representational, but still nothing close to his eventual output for the De Stijl movement. Works such as The Red Mill and Trees in Moonrise are, to this day, prominently displayed at the Gemeentemuseum Den Haag. Interestingly enough, it is easy to see his eventual style emerging from these pieces – Evening; Red Tree for instance, utilizes the same color patterns of Blue, Red and Yellow that his most famous pieces will utilize in the future.In 1908, he joined the Theosophical Society, which was a spiritual organization with a large base in Europe, which based its teachings heavily on Buddhism. This group directly influenced his representational style, and played a large role in the spirituality of Mondrian’s works – his attempt to capture a pure harmony, expressed in the balance and tension of form and colour, is widely examined and attempted in his works.

In 1912, he moved to Paris where influences such as Cubism changed his creative output significantly. He ate up Parisian culture and became immediately familiar with the works of Picasso, Braque and many others, and began to shift from his pastoral, representational mode into a more modern abstractionist method. Analytic Cubism gave Mondrian the ideas he needed to take his landscapes and transmogrify them into the famous squares and lines that he is the most known for.In 1920, he completed some of the masterworks that he is most famous for, including Composition with Large Red plane, Yellow, Black, Gray, and Blue which he completed in 1921. This is when Mondrian truly began the style he is most famous for bringing to light.  With the limited palate of white, black, grey, and the three primary colours, Mondrian was able to create a new abstract art that was fully his own, distinct from both Cubism and Futurism. The assorted blocks, colors and lines create different rhythms that ebb and flow across the surface of his paintings, evoking a feeling of capturing life itself. The composition is noticeably asymmetrical which is a quality that all his paintings share.Broadway Boogie-Woogie which he completed in 1943, takes the ideas that were initially formed in Composition and directly involve the entire city of New York, and attempt to capture the metropolis on a canvas. By replacing the black and grey lines of the previous work, Mondrian adds a vitality and energy to a piece meant to represent the hustle and bustle of life in the big city. The asymmetrical distribution of colors lends to his love of not only the city, but also the Jazz music he appreciated so much. Looking at it as if it were an eagles-eye view of a city, it’s almost as if you can make out each individual human within the small blocks of colour.Piet Mondrian was devoted to his work, and his life reflected this in all aspects. His discipline and artistic vision was unblemished in his lifetime, and he continued to create art until his death, of pneumonia, in 1944.  He was 71.

Piet Mondrian is renowned worldwide for his work as one of the founders of the De Stijl movement, and the purity of his abstractions and meticulous practice is still recognizable to this day. He radically simplified scenes and concepts into a concise spiritual order which he understood as underlying the visible world. His clear, universal aesthetic language is well known and instantly gripping and his contributions to the Modern Art world are monumental. Musart is honoured to be able to showcase the works of a true master and deliver his message to new viewers worldwide.