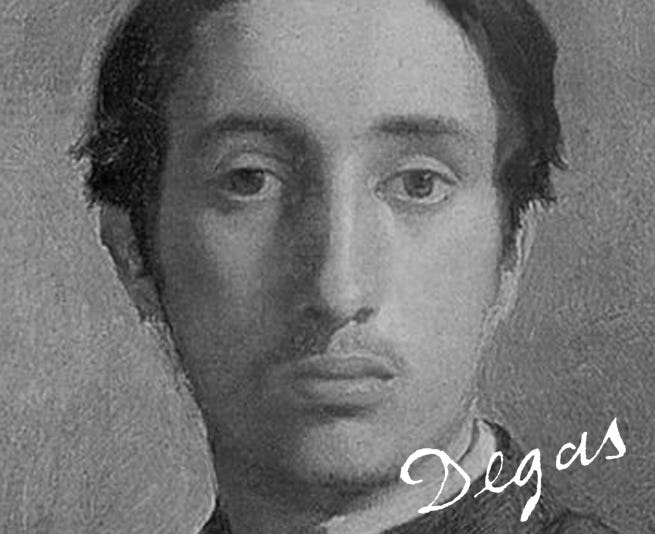 While considered a founder of Impressionism, Edgar Degas hated the term and considered himself a realist. His paintings display great technical skill as well as artistic sensibilities. His ability to showcase perspectives and subjects differentiated him from most of his contemporaries. In the 1870’s Degas penned his most renowned works, including Foyer de la Danse and Musicians in the Orchestra. In this time, he drew inspiration from cafes, boulevards, shops, and more. Above all, he spent his time capturing the beauty of natural, everyday humanity. Although he denied and despised the term, “Impressionist,” it is still important to recognize his contributions to the form. It is certainly true that Degas’ work will remain magnificent and notable. In other words, it is worth noting its technical as well as its emotional beauty. Musart Boutique is where you get all Degas masterpieces enlightened on precious porcelain or other high-crafted items.

WHO WAS EDGAR DEGAS?

A highly precise and disciplined talent, Edgar Degas obsessed himself with paying close and careful attention to the detail of movement and attention to the psychological complexity of his portrait subjects. While considered a founder of Impressionism, Degas himself hated the term and considered himself a realist. His paintings displayed great technical skill as well as artistic sensibilities, often showcasing very interesting perspectives and subjects, which differentiated him from most of his contemporaries.  Whatever he can be considered, it is certainly true that Degas’ work will stand the test of time, both for its technical as well as its emotional beauty.

Edgar Degas was born in Paris, France, on July 19, 1834. He was the oldest of five children and began his schooling at age eleven.  After his mother had died, his father and grandfather became the main influences on him for the rest of his childhood.

From very early on, Degas began to paint. He graduated from the Lycee Louis-le-Grand with a baccalaureate in Literature in 1853 and then turned his room into an artist studio.  In 1855, he met Jean-Auguste-Dominique Ingres, who he adored and who gave Edgar Degas advice he would never forget: “Draw lines, young man, and still more lines, both from life and from memory, and you will become a good artist.”

Degas would take these words to heart and in 1858, he made the first studies for his first masterpiece The Bellelli Family.

In 1859, Edgar Degas moved into a Paris art studio and began not only The Bellelli Family, but also other works of art, such as Alexander and Bucephalus, The Daughter of Jephthah, Semiramis Building Babylon, and Young Spartans. In this period of unprecedented artistic production, The Bellelli Family truly shone through as a gem in the genius of his early period.  This piece is notable for the way it utilizes structure, perspective, and colors to paint an almost imposing oppression falling upon the family. The oppressive atmosphere is undercut by the little girl’s playful posture, but the stern look of the man and the woman in the painting set the somber tone perfectly. The piece is also impeccably sketched, with intricate, intimate details dominating the work itself – the notion that Degas would obsess and obsess over the smallest detail is very evident in this early masterwork.

It wasn’t until the 1870’s that Edgar Degas penned his most renowned bodies of work. In this time, he drew inspiration from cafes, boulevards, shops, drawing rooms, dance studios and more, devoting much time to attempting to capture the beauty of natural, everyday humanity. He would also join a group of young artists, including the likes such as Monet, and put on exhibitions known as the “Impressionist Exhibitions.” His works and the works of his group members were successful even if he did not fully identify with the Impressionist label.

This time gave birth to the masterpieces, Foyer de la Dance, Musicians in the Orchestra and A Carriage at the Races. Unique to Degas and these paintings, Edgar Degas utilized an unconventional point of view, suggesting the perspective of a, perhaps, distracted spectator.  Further distancing himself from contemporaries such as Renoir and Monet, Degas chose to paint indoors in the reliable and constant studio light and disliked profoundly going outside.

In Foyer de la Dance, we can immediately see the resemblances between classic impressionists and also the force which Degas himself identifies as ‘realism.' There is much suggested in the movements of the dancers, and the almost cloudlike qualities of the dancers in the background of the picture add an almost mythical air to the piece. Once again, we are given to an unusual and unconventional perspective that so often characterizes Degas’ work and forces us to see the painting as almost more of a photograph than a constructed, orderly painting.

Edgar Degas’ work is characterized very much in this tension between two schools – being similar to other impressionists while also incorporating his taste and style to the movement.  His greater tendency towards realism while still utilizing aspects of Impressionism paint him as a fascinating and unique figure, and his combination of the old traditional elements of art and the new styles is a timeless one that will not be forgotten.

After years of production, Degas became more and more isolated, due in no small part in his belief that artists should live a solitary, isolated lifestyle. His increasing anti-Semitic remarks further distanced himself from society, and he eventually broke the connection with his Jewish friends. While he still dabbled in sculpture and pastels until the end of 1910, it is reported that he stopped all artistic output in 1912 when he needed to move from his longtime place of residence.  He remained alone and passed away in September 1917.

As one of the founders of the Impressionism movement, we at Musart acknowledge the intensity and genius of Edgar Degas’ art and creativity. While a divisive figure personally, his rejection of typical lofty subjects such as scenes from history or mythology in favor of middle-class leisure helped usher the world of art into a more ‘realistic’ mode.  Although he denied and despised the term, “Impressionist,” it is still important to recognize his contributions to the form.  His precision and careful attention to detail were always impressive, and his genius can almost be summarized in his very own words, “in art, nothing should look like chance, not even movement.”