Paul Gauguin Skateboard Triptych - Musart on Decks - When Will You Marry? (1892)

Be the first to review this product
$300.00
Color
Multi
Description
Musart Boutique is proud to present our exclusive original collection Musart on Decks featuring limited edition skateboard decks, displaying art historical timeless masterpieces which bridge the traditional history of art and contemporary skateboarding culture at accessible prices. Part of Musart Boutique’s original collection Musart on Decks comes this exclusive limited edition of 100 Paul Gauguin Skateboard Deck Triptych featuring his notorious work When Will You Marry? Nafea Faa Ipoipo (1892).  Sold at Sotheby’s auction house in 2015 for around $300 million USD to a Qatari buyer, Gauguin’s work made a record as one of the most expensive paintings sold. Painted during the time Gauguin was living in Tahiti, the artwork represents the two native Tahitian women as the central figures of the artwork. The two Tahitian women are situated within a terrestrial idyllic paradise, devoid of any sight of European civilization. The young woman dressed in traditional Tahitian garments, wears a flower to signal that she is available for marriage. The traditional bright Tahitian garments of the young woman in the foreground contrast the motherly woman sitting behind her in traditional Western clothing, thus alluding to the influence of French Colonization in the lives of the Tahitian natives. The naïve style of the outlines and vibrancy of Gauguin’s color application evidence his ideas of Synthetism and primitive art, where color, the subject, and other elements are means through which the invisible, the idea primes above all else. Although Gauguin was disappointed to find that French colonization destroyed his fantasy of living in an entirely non-industrialized society, he still allowed himself to reimagine the idyllic, native Tahitian paradise dwelling in his dreams. More details on Paul Gauguin Skateboard Triptych – Musart on Decks – When Will You Marry? Nafea Faa Ipoipo (1892):
Technical Specifications
Musart on Decks, When Will You Marry? Nafea Faa Ipoipo (1939), Triptych Limited edition of 100, Skateboard Deck Sets Material: 100% Canadian/American Maple wood. Measurements Mellow Concave Skateboard set of 3: (Angles) Approx. 19.25º nose and 18.5º tail with a medium center concave. (Dimensions) 32″H x 8″L x 0.5″W Inches (est.) Weight: 8.14 lbs (est) Additional Features: Includes Skateboard Deck Display wall mounts. Photo Credits: © Gauguin, Paul (1848-1903). Nafea Faa Ipoipo (When Will You Marry?) – Two Young Tahitian women crouching on the ground. 1892. Oil on Canvas, 105 x 77.5 cm. Formerly Fondation Rudolf Staechelin, on loan to the Kunstmuseum Basel, Switzerland. Sold at Sotheby’s for nearly $300 Million USD. Private Collection. Photo Credit: Erich Lessing / Art Resource, NY.
Add to Wish List
Skip to the end of the images gallery
Skip to the beginning of the images gallery 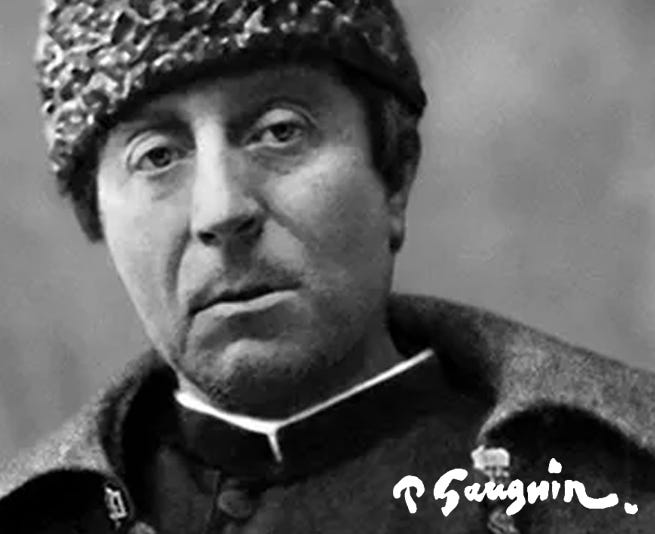 Gauguin
Paul Gauguin was unquestionably the most influential artist associated with the 19th century Symbolist movement. Although Gauguin avoided the heavy literary content and traditional style like other Symbolist artists, he also rejected the optical naturalism of the Impressionists, while at the same time preserving their use of color in works of art. Gauguin's ideas on Synthetism emerged from the thought of using color arbitrarily rather than to merely describe the object. Through his ideas of finding a synthesis between the subject and color, Gauguin sought to find the ideal way of depicting, that which is invisible, subjective as well as deep meanings and emotion. Gauguin spent the early years of his childhood in Peru, and he appears almost always to have has nostalgia for seemingly exotic places. From 1886 to 1887, he spent time between Paris, the Breton villages of Pont-Aven and Le Poildu. During this time, he also spent seven months in Panama and Martinique. In 1888, he had a tempestuous but productive visit with Van Gogh in Arles. In 1891, Gauguin sailed to Tahiti where he was very disappointed to discover how extensively Western missionaries and colonials had invaded upon the life of the Tahitian natives. The capital, Papeete, was filled with French government officials, and Tahitian women often covered themselves with ankle-length missionary dresses. Gauguin returned to France for two years in 1893 before settling in the South Seas for good. His final trip, in the wake of years of illness and suffering, was to the island of Hiva-Oa in the Marquesas Island, where he died in 1903 to a morphine overdose.
Shop All

Add a review
Write Your Own Review