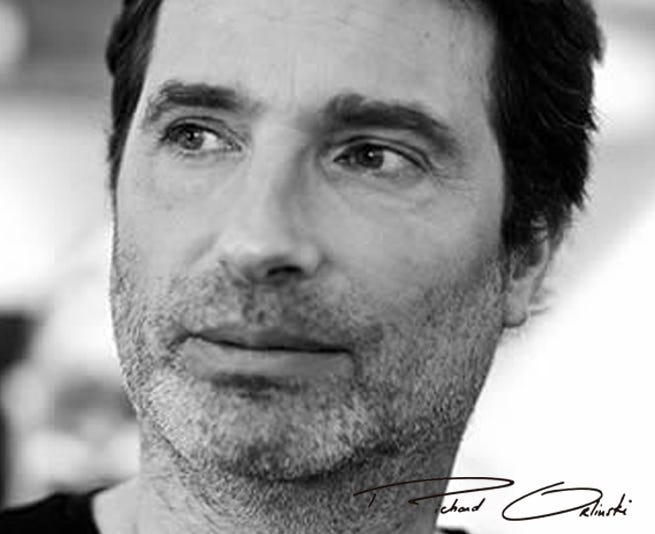 From archaic instinct to a civilized emotion Richard Orlinski’s artistic purpose is to engage in making art accessible to all. Orlinski transforms negative emotions into positive vital impulses by drawing on wild animal imagery. Orlinski uses industrial materials such as resin and aluminum but also uses marble, stone, and bronze. He works only with contrasting or vibrant colors and he manages to exacerbate the brilliance and dullness of the materials.

WHO IS RICHARD ORLINSKI?

At the early age of eighteen years old, after visiting a Contemporary art exhibition Richard Orlinski’s interest in studying the great masters of painting and sculpture in the history of art was suddenly awakened.

Richard Orlinski was born in France on January 19, 1966, and has always been fascinated by Music and Art. it was in 2002 that Orlinski decided to devote himself to creating art and abandon his career as a designer/interior designer and began to work diligently for two years before his exhibition debut in 2004. Orlinski’s determination was rewarded by his immediate success, granting him the opportunity to exhibit his works at important world leading galleries and venues including, Fiac, Art Élysées, Art Basel, Le Château de Versailles, among others. Soon Orlinski’s works began to reach new records and entered major collections throughout the world, awarding Orlinski with the title of the Best-Selling French Contemporary Artist in the world since 2015 according to ArtPrice, the world’s leading online art price database.Influenced by artists like Jeff Koons, Takashi Murami and Robert Indiana, Orlinski through his appropriation of popular culture iconography in his works, he strives to make art accessible to a variety of audiences while he comments on our present-day society’s consumerism through his use of industrial materials. As a way of reaching multiple audiences, Orlinski exhibits some of his iconic sculptures in public spaces, in an effort to demonstrate that art should not be limited to the confinement of galleries and museum rather it is a pleasure we can all indulge in.

Orlinski’s multifaceted creativity extends beyond the boundaries of the visual arts and into the realm of music, by performing as a DJ at events such as electroshock 2017 festival held in Paris and displaying one his iconic Wild Kong sculptures on the stage. When it comes to artistic expression, whether it is sculpture or music Richard Orlinski proves that his untamable artistic skills know no boundaries.